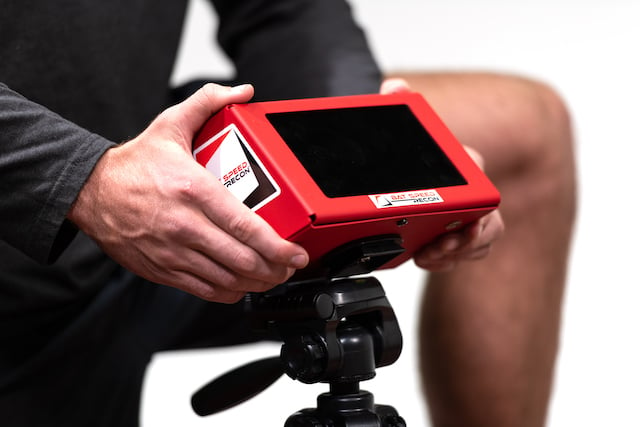 Designed to accurately measure the speed of an athlete’s swing, the Bat Speed Recon is your smartest piece of sports training equipment. The Catalyst team’s need for precise and consistent bat speed measurements was born out of their passion for baseball and desire to provide their trainees with well understood, actionable, metrics.

Catalyst Sports came to us with a product design they had purchased many years ago and were no longer able to buy. The design utilized an entirely analog front end and had a single dim speed display only viewable from one side. Though the device was functional and worked well, it was nearing the end of its life--the Catalyst team was looking to upgrade and modernize the design. While some other bat speed measuring devices are considered relatively inaccurate because they estimate an athlete’s swing speed by the force of the bat’s impact, this product directly measured the speed of the bat’s leading edge. BES aimed to maintain this key aspect of the design.

BES took the analog design and used that as a starting point for the product. Beginning with a discovery phase, we evaluated different sensing technologies options ranging from lasers to infrared (IR) and finally settled on a linear IR-sensor implementation. Three design revisions were prototyped and tested for their effect on usability, measurement distance, measurement accuracy and consistency, cost, and appearance. As the design was finalized, our engineers supported the first production run by coordinating with the Catalyst team to ensure their first batch of units were built and documented according to the specifications.

The Bat Speed Recon has found great success by helping to increase a players average bat speed by up to 5 MPH, as well as increasing their average distance by almost 70 FT. The system is now in production, in use by athletes at training centers, and sold for use across the globe!

Check out Catalyst Sports or go directly to the Bat Speed Recon.